skip to main | skip to sidebar

This song by Chinmayi is one of my recent favorites. The lyrics by Kaviperarasu Vairamuthu are enjoyable with the apt rustic touch. Music director Ghibran's debut is refreshing. Will have to watch out for his music.
Here is my version of "Saara Kaathu"
Saarakaathu Cover Version by Anitha Shalini
Posted by anitha shalini at 1:54 PM 3 comments:

Ranina Reddy's voice oozes sensuality while somehow retaining the element of tenderness in this lovely song from Rowthram. Music Director Prakash Nikki has opened with an amazing debut. Love this song! Its base notes made it interesting for me to try out this song. 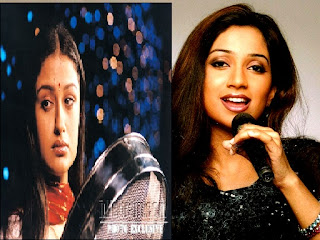 Need I say more. This song is soul stirring if I may use a cliche. There is no other way to describe it.It is an old favorite that I've attempted many times but never had the guts to post...I gave it one more try. My husband who is my first critic - keeps pushing me to do better. He still gave me only 70% for this. He thinks I should work on this more. But I was just determined to finish and post this by tonight. So here it is. As I do more of more of this, I am pushing myself harder. It never sounds good enough. But that's the whole purpose of this blog. To keep trying and learning and hopefully getting better at this. In the process if I have given you a few minutes of listening pleasure I couldn't ask for more. As always please post feedback, both positive and negative. Thank you. 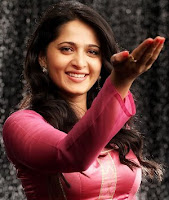 After a looooong hiatus - I am going to try this again. I downloaded all the software and converters needed dug out my old microphone and headphones. This exquisite song by Saindhavi, composed by her fiancé G.V. Prakash is just made for her voice! My voice is much much bolder than that does not nearly do justice to the mixture of romance and pathos emotions that the composition evokes. Nevertheless I tried my best with the time and resources I had. Comments keep this blog going. So please post them. Critical advice is welcome as always. I hope you enjoy it.

This is my first attempt in a language that I do not speak. I never even watched Telugu movies until I came to the US. I was fortunate enough to meet so many people from different parts of India, only after I came to the US. Some of my beloved friends from Andhra Pradesh introduced me to Telugu movies and music. This is one of my favorite songs...I especially like the rhythm....I think it is Misra Chapu Thalam...(Please correct me if I'm wrong). Also I am sure my Telugu pronunciation is thickly laced with a Tamil accent and needs a lot of improvement, native Telugu speakers, please correct me as much as possible.

The second stanza has a lot of jarring noise..I could not make the karaoke track any better than that so I tried reducing the volume...

Who doesn't like this song? Chithra and A.R. Rehman at their best. Srinivas' harmony also lends great support to the song. I felt happy that I am improving my recording and mixing skills everyday. I felt that this one has come out much better than my previous karaoke attempt.

I tried to create a karaoke track with the tools I had. It's not great, but I figured that I have to start somewhere. This song composed by Harris Jayraj has two versions, one sung by Madhushree where the pallavi is sung on a higher octave and the other one by Bombay Jayshree hitting the lower notes(perfect for her voice). I have tried both. Comments appreciated as usual.
MD: Harris Jayaraj
Movie: Patchai Kili Muthucharam
Version 1
Originally by :Madhushree

anitha shalini
I was born and brought up in Southern India (Tamilnadu). I have the most wonderful parents ever and a lovely and talented younger sister. I came to the United States to pursue my masters degree. I currently live with my amazing husband Leo. Edited to add: A new addition to our family: Lekha!